Athletes are considered as the benchmark of optimum level of personal fitness. What makes their fitness so envious and desirable by non-athletes like me and you? It’s their strict daily routine that sets them apart from the rest: from waking up early in the morning to going to bed at night and again leaving the comfy beds next morning remain a part and parcel of athletes’ daily routine. However, maintaining a disciplined routine is not everybody’s cup of tea. That requires a high degree of commitment as well as passion to get the ultimate fitness levels through daily workouts. This drive comes from the dispensation toward accomplishing the goals that athletes set for themselves. And what is the most cherished and admired goal of the athletes? Irrespective of the nation or the sports athletes represent they always aim for achieving the ultimate glory at the Olympic Games and respective world championships. The biggest achievers of all time are the strictest followers of a disciplined workout regimen. Mark Spitz, Usain Bolt, Nadia Comaneci, Mohammad Ali, Michael Phelps, Michael Jordan, and other famous athletes become what they are known for due to a well-organized daily routine. Taking you to a journey of fitness and health imperatives for the athletes by peeping into the regimens of a few famous athletes, this article discusses the importance of daily routine that athletes follow to keep themselves fit in order to accomplish their sporting dreams.

What could be an ideal daily routine for the athletes? To look for the answer to this question we must delve deeper into the subject and make an insightful inquiry. However, in the quest for finding the answer there is the risk of making sweeping generalizations. That’s for the reason that inquirers often commit the mistake of not distinguishing the different sporting goals and they often associate the success, most prominently, to the degree of fitness level. Nevertheless they are right to some extent but remain ignorant to the fact that competing at different sports demands a specialized training for acquiring the right skills and specific bodily strength. Natalie Rizzo, a blog writer on nutricisedr.com on health, nutrition and fitness subjects, writes in a January blog post referring to the 2014 Sochi Winter Olympics, “What we don’t always think about is that athletes of the different sports in the 2014 Sochi Winter Olympics have different goals leading to very different training and eating regimens.” She further adds, “Some sports call for speed, while other sports focus on power and distance. Some athletes benefit from being lean, while others find it advantageous to bulk up and increase their power.”

Clearly, the analysis by Rizzo shows that there exists no universal fitness regimen for all athletes. The nature of fitness regimens is determined by the goals athletes pursue in the national and international sporting events. A sprinter like Usain Bolt would follow a markedly different daily routine from a shot put athlete like Ulf Timmerman or David Storl. The skills that these players possess or aspire to obtain shape their daily regimen of exercise. Usain Bolt, the world’s fastest sprinter, would focus on training programmes leading to enhanced stamina, muscle strength especially in the lower limbs, controlled breathing, leaps, and so on. On the other hand, Shot Put players would aim to increase their shoulder and forearm strengths, momentum building prior to the throw, physical balance inside the throw circle and such similar skills.

Despite the specialized training for different discipline of sports, one can find commonalities in the daily regimen for athletes of all genres. A few general workouts and exercises followed by athletes may include:

There are a number of global trainers and fitness experts who have  Health Life Services  suggested daily fitness regimen to be followed by athletes representing different sports. Among them is a professional coach George Payan who is trainer to sprinters. Payan maintains an online coaching source, wherein he has elaborated on the daily workouts by different types of athletes. To give an example, he has outlined a comprehensive daily routine for the sprinters of 400 meters. Beginning from Monday, Payan has detailed the workouts for each day of the weak with periodical rest days. 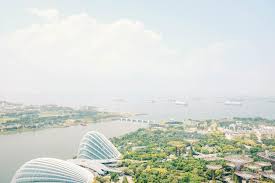 Michael Phelps the celebrated swimmer and record holder for the most Olympic Gold, eclipsing the erstwhile record holder Mark Spitz in 2008 Beijing Olympics, follows a strict daily routine. Though there are some special attributes unique to Phelps that separates him from the average male adults but he still labours hard six days a week. Outlining his natural features, Jonathan P. Wade writes in Motley Health:

“Phelps is 6 feet 4 in tall and weighs around 185 pounds (84 kg). He has size 14 feet and a 6ft 7in arm reach, which is 3in longer than his height. He has relatively short legs for his height, which gives him an additional advantage in the pool. Also his knees are double-jointed and his feet can rotate 15 degrees more than average, allowing them to be straightened fully so that his mighty feet act like flippers. These genetic advantages help him to kick off the wall and propel himself dolphin like 10m before actually have to swim.”

Despite these attributes Phelps’ daily routine includes six hours of swimming or 8 miles per day. He normally hit the pool by 6:30 every morning and swims six days a week including holidays. Besides his swimming regimen, he also follows a weight lifting regimen, spending around an hour 3 days a week along with one hour three days a week on stretching his muscles. Phelps has got the name, “the human dolphin” for his supreme swimming capability.

Three fried egg sandwiches topped with cheese
Lettuce
Tomatoes
Fried onions
Mayonnaise.
Usain Bolt, another quintessential athlete and the role model for aspiring young sportsperson in the profession, is also a hard trainer Like Phelps. Though Bolt is also a natural gifted athlete, he follows a strict regimen to maintain his agility and lightening speed. Bolt is the current world record holder of 100m and 200m Sprinting categories in Olympics.

A typical diet of Usain Bolt includes high-energy meals containing 60% protein, 30% carbs and 10% fats. He consumes around 196 grams of muscle-building protein every day.

The above brief discussion shed some light on the daily routines of athletes including the dietary plans. But there is more to just maintaining a perfect physique for participation in national and international competitions. Besides the physical agility and strength, sound mental health is also an imperative requirement for sustaining a long career in athletics. According to Marv Zauderer, who is a licensed psychotherapist in San Francisco, USA working with amateur and professional athletes from all sports, highlights the importance of mental fitness for peak performance. According to Marv, lack of mental fitness creates psychological barriers for athletes in achieving their optimal performance.

“Self-doubt, nerves, uncertainty, frustration, distractions, hesitation, fear, intimidation – all of these are obstacles to accessing your full physical potential. The body that you work so hard to train can be derailed, in a moment, by a limitation in mental fitness. But what does “mental fitness” mean, really? The effortless integration of body and mind, working in harmony to produce a feeling of flow, of being in the elusive zone? Well, yes, that’s a glorious experience when (if!) it happens, and working on your mental skills makes it much more likely that it will.”

Another expert, Jesse Kropelnicki (to know more about Jesse Kropelnicki check his blog http://www.kropelnicki.com ) who is providing professional coaching to triathletes like Marv, keeps mental fitness at high pedestal.

As the opinions of experts contend that mental fitness is as important as the physical fitness, the athletes should also include some mental training regimes in their daily routine to overcome psychological constrains while competing at the highest level. They can do yoga, acrobatic exercises, dance or meditation for maintaining sound mental health.

Like professionals in any other field, athletes are also required to follow a disciplined daily routine to accomplish their ambitions in their respective sports. A famous quote by Oliver Wendell Holmes says thus, Success is not the position where you are standing, but which direction you are going.” Evident from the quote by Wendell Holmes is the stagnancy factor that often people become a victim of after achieving a fair bit of success; you need to keep moving on to add milestone after milestones. It has been quite often observed that once people accomplish something they tend to become complacent, that in turn, hampers the secret of their success, which is a disciplined daily routine.

Therefore, it’s imperative for the athletes to follow a strict daily routine. Unequivocally, they will be faced with distractions but they need to build a strong mental setup to remain on a strong footing. Another factor that sometimes imposes a psychological hurdle on the athletes’ will to observe a strict routine is the lack of motivation. At times, they would feel low within and lose the determination to work at their optimum best. In such a scenario, they could uplift their morals by reading biographies of successful sportsperson or watching movies of guts and glory. During these crises hours, their mental trainers have a crucial role to play to rejuvenate their inner desires to compete and succeed.

The coaches can motivate them through anecdotes or their personal life experiences. A lively and humorous environment can also prove to be very handy in sorting out the problems. There could be a number of causes for the lack of motivation of athletes: family issues, fights with girl friend/boy friend, or any other stress related problems. These can be addressed through timely intervention by psychological experts. When faced with such issues it would be better for the athletes to sort them out before they snowball into bigger problems. Once the athletes regain the lost composure, they should start the workouts and training programmes, and gradually achieve the peak regimen as part of their normal daily routine. Therefore, an ideal daily routine also features mental strength building apart from the physical trainings and good diet plan.